Start a Wiki
All of the things you will see on here is fan-made. Don't get tricked into thinking it's real.

We have moved to the Gingo Wiki. Thanks for coming! 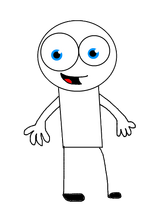 George "Geo Guy" GoGo Conner, better known as Geo Guy, originally planned to be Neo Guy, known in Japan as Jiogai (ジオガイ), is the main protagonist in Geo's World. he is leader of the trio (Geo Guy, Green Bob and Dr. Beanson) and he is 13 years old. He was born on November 29, 1986. He is Green Bob's best friend and Dr. Beanson's cousin. Like Dr. Beanson, Geo Guy likes to think of good schemes. He also lives in Greeny City. He likes cheese. He also likes Chip from Punic Circle. His voice is Geo G., and his voice in Japanese was Sachi Matsumoto.

Geo Guy reads the newspaper and is shocked when he discovers that the workers of the show are going to replace him with a new character, called Donald Guy. He rushes to the Geo TV studio and tries to persuade them to maintain his appearance in the show, but the workers state that Geo Guy is "getting old." Luckily, Dr. PBS and Green Bob make a wise decision to assist Geo Guy in proving that he still belongs on the show.

We need YOUR help expanding and adding articles to the wiki!

If you're new to wikia, please use the above links to get started. If you already have editing experience, and you have an article relating to Geo's World to contribute, use the box below to create it:

The Jan and Jason Wiki 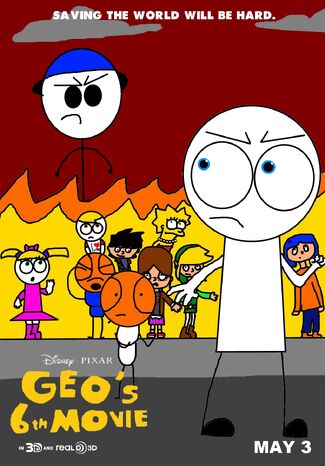 And, who voted for "Stupid and horrible" must be blocked.

And, who voted for "Gree Guy" must be blocked.

Want to chat with your fellow Geo's World Wiki members? Have a quick question you need answered? Click here to join Geo Guy's Clubhouse (Opens a new window and connects you to our on-wiki Chat.)

If you don't know anything about Geo's World, learn about the page here.

Retrieved from "https://geosworld.fandom.com/wiki/Geo%27s_World_Wiki_-_The_Awesome_Wiki_About_Geo_Guy,_Green_Bob_and_others?oldid=28129"
Community content is available under CC-BY-SA unless otherwise noted.