Geo's 1st Movie is a video game based on the movie of the same name. It was published by Activision or THQ and developed by Traveler's Tales. It was released for the PlayStation, Sega Saturn, Nintendo 64, Windows, Game Boy, and Game Boy Color in 1997.

Activision and THQ announced on June 1997 of that same year that they would be working with Columbia Tristar to developed and publish Geo's World video games based on the upcoming Geo's 1st Movie, before they released the first trailer for the game in Spring of 1997. To promote Geo's 1st Movie in Finland (as Geon Eka Leffa), the game was given to every customer of Kotijäätelö during 1997 and 1999. Game Gear version was also announced to be cancelled, because the development team heard that Game Gear will be discontinued in April 30, 1997. 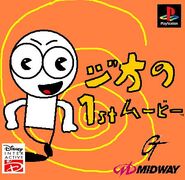 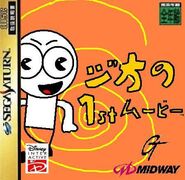 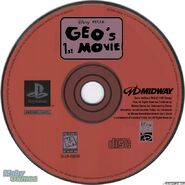 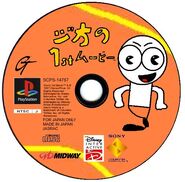 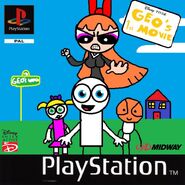 PlayStation PAL cover
Add a photo to this gallery

A screenshot of the commercial for the game, featuring Geo Guy using Bloo to fight each other. This commercial is a parody of Super Mario Advance commercial.
Add a photo to this gallery

Retrieved from "https://geosworld.fandom.com/wiki/Geo%27s_1st_Movie_(video_game)?oldid=34149"
Community content is available under CC-BY-SA unless otherwise noted.